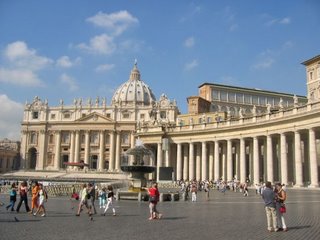 I dont remember the first time that I heard of Pope John Paul II. Must have been in standard seven. That seems such a long time ago if truth be told. Time, as always, just keeps flying and we amble along, unable to slow matters.

Born in the Polish town of Krakov, this humble soul has touched lives like no one else in that capacity, in a papacy that lasted for almost twenty seven years.

My trysts with destiny brought me close to my grandparents. I have seen my grandmother and grandfather in their last years, and by so doing, I’ve been lucky to perceive and witness the thought, temper and innocence of old age. That degree of proximity is the priviliege of a lucky few. I am so thankful to count myself amongst them.

To have seen this Pope alongside my ailing grandmother was perhaps the single significant factor to build this special bond with his papacy. Pope John Paul’s beatification of Mother Teresa of Calcutta and his last visit to India are still fresh in my mind. But perhaps the most poignant memory of him would be his trip to the holy land.

As he touched down at Jerusalem’s airport, he was received by Ehud Barak, the then Israeli Prime Minister. Suffering from parkinson’s disease was so evident, but mattered so little to the man, as a mound of earth in a tray was given to him for the ritualistic tradition of kissing the soil. 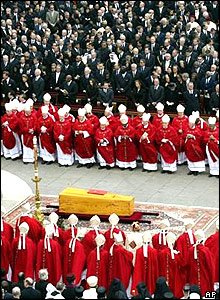 At the church of the Holy Sepelchre, the Pope knelt down to kiss and pray at what is believed to be the tomb of Christ. As he knelt there praying, tears trickled down his face and fell on the tomb’s pavement. I was touched. The Pope had my heart. He had my respect.

It is this kind of pure devotion, and the love for human lives in all its diversity that has won him the hearts of so many. Whether it’s the sight of him releasing doves, kissing a baby or reaching out to young people in the crowd, he will always be remembered for being a people’s Pope, a Pope who travelled far and wide for a cause so pure and inspiring, that it touched people of every religious background.

The world has war mongerers and invaders. The world has terrorists who believe in the spilling of innocent blood. You can always find such people, but you cannot find another John Paul. 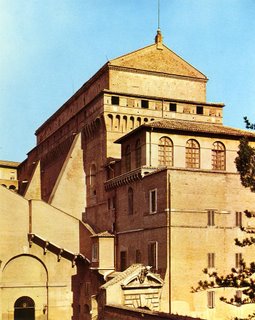 He is no longer Pope John Paull II. He is Pope John Paul the Great. A great soul whose life is a living example that there still is good in the world. Even in his manner of dying, he has exemplified human dignity.

I count myself amongst the lucky few woh’ve been able to watch his funeral- a man whose universal appeal is eternal. In moments when I’m down and sad, moments that call for resolve and courage, the picture that flashes in my mind are those of the Vatican with its ceremonial bell ringing. Such is the impact the this Pope has had on me.